My Chris Rock Moment (sort of)

Is humour important in business?

Oh yes certainly! Humour is a great way to break the ice, get people to relax, and build rapport. These are very relevant to salespeople as well are always meeting new people during sales pitches, conferences, cocktails or other events.

This week I made an attempt to see how funny I was in front of an audience... luckily it was the very empathetic group of fellow toastmasters and not the Apollo theater. However there were a number of CEOs, senior executives, and businessmen/women there so the jokes could not be that pedestrian.


This was my first time to try the jokesmaster role, and I intend to keep taking it up more to polish up on my punchline delivery and deadpan face (Martin Freeman from office UK is my role model and suits my geeky self).

Posted by Harry Karanja at 8:54 AM No comments: Links to this post 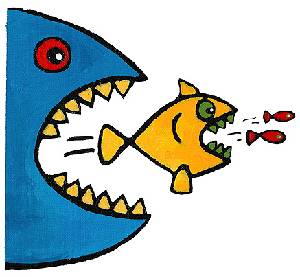 Most of us who were boarders in Kenyan high schools would brave the early morning chill to attend prep; a rigorous educational exercise that was mandatory in some institutions. As sleep starved teenagers, this was a herculean effort requiring an almost superhuman discipline. However when one zeroed in on their objective, the task would seem relatively easy. Over a few weeks while I was in form three, I had an objective of which I devoted my entire capacity to achieve, and woke before the crack of dawn on many mornings to bring it to fruition. Sadly it was not an A in mathematics, chemistry or physics. Rather I would wake up every morning, before all my classmates, to sneak to the nearby shopping centre to buy two crates of the freshly baked bread.


You see, then just like now I was a businessman. Even in those formative years of my entrepreneurship I understood the basic concepts of demand and supply. Bread in high school is one commodity that has unusually high demand. Apart from the need for sleep, the need for food (high energy carbs being a favourite) is synonymous with adolescence. I tend to believe it has to do with the rapid physical changes that are taking place in the teen's body. This need was acutely self-evident in our school which had no canteen to sell this precious commodity. Instead, various entrepreneurial students would sneak in a couple of loaves through their day-scholar colleagues bought at 20/= (USD 0.25) and sell them in quarter pieces at 7/= (USD 0.08) or 28/= (USD 0.33) for a full loaf - a 40% profit! At a couple of loaves this would mean a student would make 16/= a day, a high margin but in my opinion not worth the risk - which included suspension from school.

But the entrepreneur bug had bit, and I undertook to see if I could exploit the opportunity while minimizing (or justifying) the risk. Surveying the marketplace, I concluded that the main problem was that despite the high demand there were too many vendors. In addition, each vendor's supply was inconsistent - there was no guarantee of supply on any particular day. Like I lightning bolt, the solution hit me. One Sunday - this was the day with the highest demand - and flush with capital (how I got it is a story for another day, but it involves using cash meant for my medicine) I proceeded to each vendor with blitzkrieg efficiency and bought all the bread in the school. The twenty odd loaves would become Harry bread shop's first stock. As word got round that I could be the only person in the school with bread, my first hungry customers started streaming in. By ensuring I steadily replenished my stock with my early morning forays (which also improved my margins as I bought a loaf at whole-sale prices of 18.50/-), I established my dominance as the school's foremost bread retailer in a couple of days netting a tidy sum of 380/= (USD 4.5) per day.

It's a great story that I like to retell, and it is always sure to delight my audience. However within the story is a darker element, which is the topic for today. Although I was successful, in my pursuit of success I decimated the competition using highly anti-competitive behaviour. Suffice to say, that once the customers came to me and saw the quantity and quality of my stock, they never returned to their former vendors.

If you are a startup business trying to break it into the big league, you are bound to find yourself in similar situations. Competitors can use price wars, lock in wholesalers, or bully you through their trade associations to make sure your business remains small. Facing a competitor with a huge marketing war chest and no scruples to match might seem daunting, but thankfully now it doesn't have to be.

The Competition Act 12 of 2010 makes it illegal for businesses to engage in anti-competitive behaviour in Kenya. This is intended to level the playing field for businesses and improve the welfare of consumers. Anti-competitive behaviour such as: abuse of dominant positions, using trade associations to restrict trade, using contracts to restrain trade, having unwarranted concentration of economic power, collusion or concerted practices among organisations, and price fixing have all been outlawed.

Two institutions have been set up to enforce the competition law, these are: the competition authority and the competition tribunal. They are now the big fish in the pond. Now, it might take some time for entrenched anti-competitive business practices to be fully rooted out in a our business culture (some could have started as long ago as when the business owners were in high school!) but with this law, and the consumers right enshrined in the constitution, it is only a matter of time.

My small contribution to leveling the play field has been in the online company registration domain. With our new platform Incorporator, we give business owners the ability to choose from a wide array of lawyers to register their company. Lawyers will bid for your work, and you get to choose who will do the work at your discretion based on who has the best price and best ratings as rated by their other customers.

Competition is great for innovation which can ensure great success for a business and many satisfied customers. However you no longer have to deal with behaviour from your competitors that is anti-competitive. Try out your luck today by competing against the big boys, the law is on your side.
Posted by Harry Karanja at 9:00 AM No comments: Links to this post

Welcome to the New Year. It’s the second day of the year and if I was you I wouldn’t be too hard on myself if I had already broken some of my New Year’s resolutions. Keeping resolutions is hard, but when it comes to your business there is one resolution you should make, and you cannot afford to break... 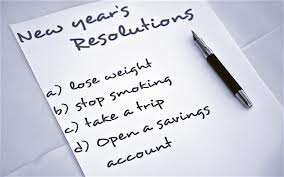 If your business is like most businesses in Kenya – bar education or retail – at this time you are facing serious cash flow crisis. Consumer spending is at its lowest after an indulgent December and will only start recovering from mid-February. If your customer base comprises of individuals or small businesses, they are prioritizing their personal expenses over business expenses, meaning your invoices get paid last if at all.

Facing a similar January a few years back at our co-working space Genius Executive Centre I began January with a number of offices to fill from tenants who’d left the month before. I had read somewhere that when things are at the worst is when you advertise the most. I reasoned that the bigger the advertisement, the bigger the rewards would be and published a quarter page ad in the Daily Nation. The ad set me back around KES.85,000 ($1,000) but I calculated I would get at least 5 new customers from it worth KES.600,000 ($7,059) a year – a worthy investment I concluded.

With bated breath I waited by the phone on the day the ad ran (it was to run for only one day). At the end of the day I received only 7 prospects calls, two who misunderstood the ad completely and none who ended up as a customer.  Not only had I not gotten any new customers, I had made my cash position even worse. It was a classic case of a failed Get Rich Quick ad campaign which took me time to recover.

With only pennies to spare for advertising, I turned to classifieds at KES.350 ($4.11) per day, with low expectations but resolved that I had to keep on advertising. What happened next completely blew me away. Every day I would get 5 to 10 calls inquiring on the ad. In less than three weeks I had gotten my 5 customers at a cost of less than KES. 7,500 ($88)! An absolutely incredible value for money.
Now before you cancel your print ads, keep in mind that having tested the same technique on other products, I’ve discovered that classifieds work best for properties, cars, and jobs.
So I managed to hobble through that January, but I also learned one important lesson, and I share this today as your New Year’s resolution.

What brought me success was not the placement of the classifieds vis-à-vis the back page ad, but rather its consistency. A consistent, oft repeated message will always work better than a large one off message. And when it comes to marketing this is by no means restricted to advertising.
There are many definitions for marketing but the one I find best is from the book Marketing for Dummies.“Marketing is finding out what people need and giving it to them”

This means that any activity you do to determine customer needs and to place a solution in front of them is considered marketing. If you adopt this resolution, as your New Year resolution for your business what are some of the non-advertising things you can do to make sure you never stop marketing?
Of course the number one way of marketing is good customer care. If you take good care of your customers, they will come back and bring their friends along with them.

363 days remain in 2013. Make the best of them by marketing every single day.

Posted by Harry Karanja at 8:44 PM No comments: Links to this post